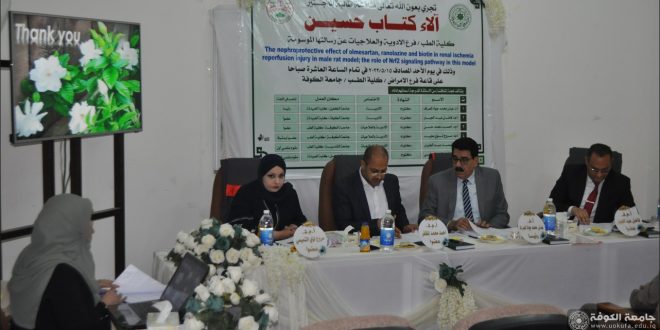 A master’s thesis was discussed at the Faculty of Medicine / University of Kufa, Alaa’ Kitab Al-Yasiri, the student from department of Pharmacology and Therapeutics tagged his thesis as ( Effect of olmesartan, ranolazine and biotin on renal ischemia and reperfusion injury in a male rat model; Role of the Nrf2/Ho-1 signaling pathway in this model).The study aims to investigate the extent of the potential protective effect on the kidneys of olmesartan, ranolazine and biotin in renal reperfusion damage caused by renal ischemia by modulating inflammatory pathways, oxidative pathways and apoptosis, as well as the effect of these treatments on the 1-Nrf2/HO pathway in a male model adult rats, The results showed that the serum creatinine and urea levels increased, as well as an increase in IL-6, TNF-alpha, TNF-alpha-receptor, MCP, F2-isoprostane and Bax in renal tissues significantly in the control group compared to the sham group, There was also a significant decrease in the level of Bcl2 in the control group compared with the sham group. In the olmesartan, ranolazine and biotin groups, there was a significant decrease in creatinine and blood urea as well as a significant decrease in the renal tissue level of IL-6, TNF-alpha, TNF-alpha-receptor, MCP, F2-isoprostane and Bax compared to the control and solvent groups. While the level of anti-apoptotic protein Bcl2 was significantly higher in the olmesartan, ranolazine and biotin group compared to the control group and the solvent group. 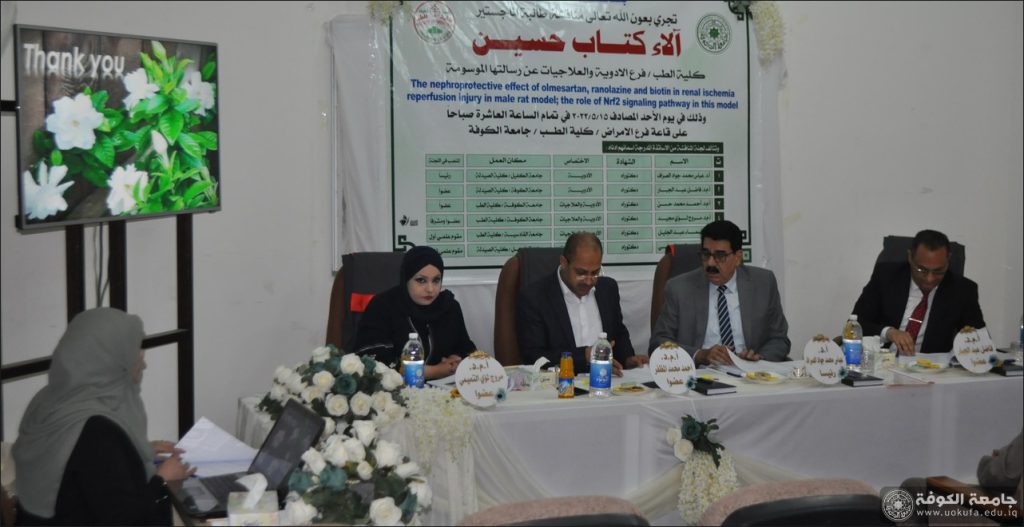 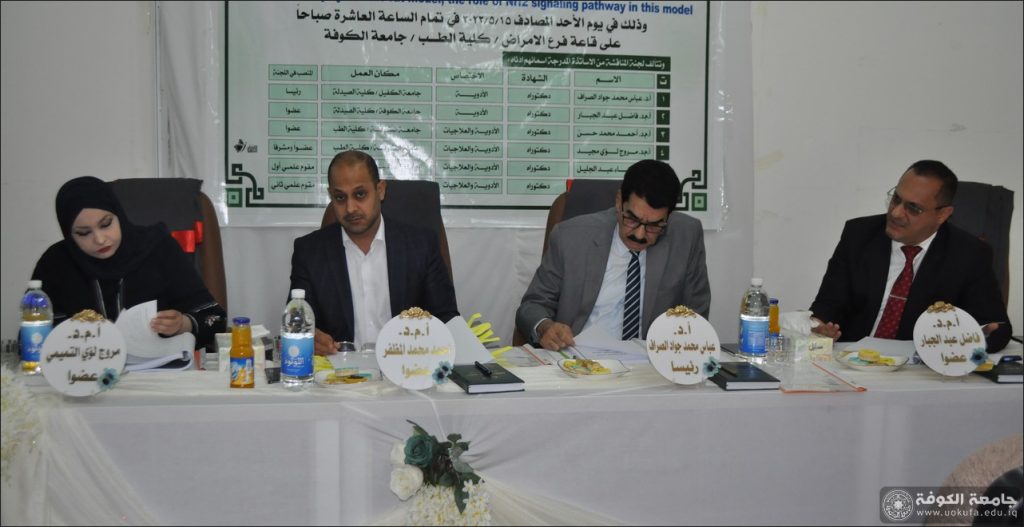 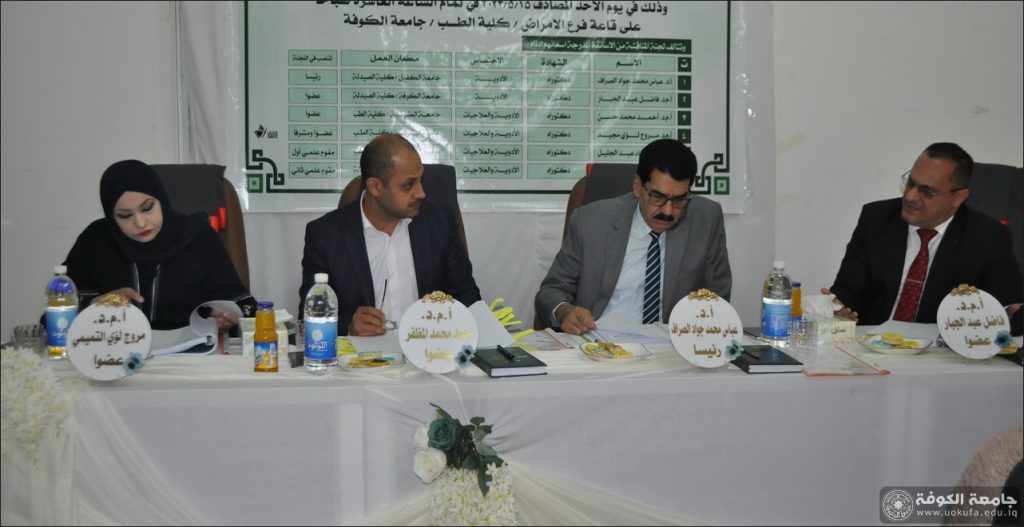 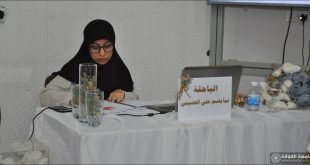 A master’s thesis was discussed at the Faculty of Medicine / University of Kufa. Nebaa … 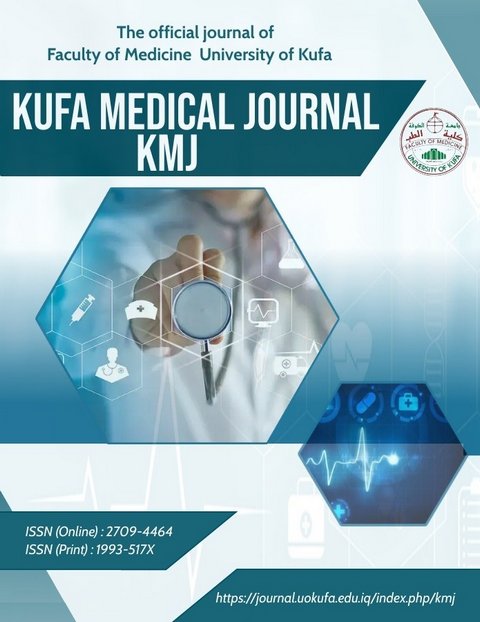